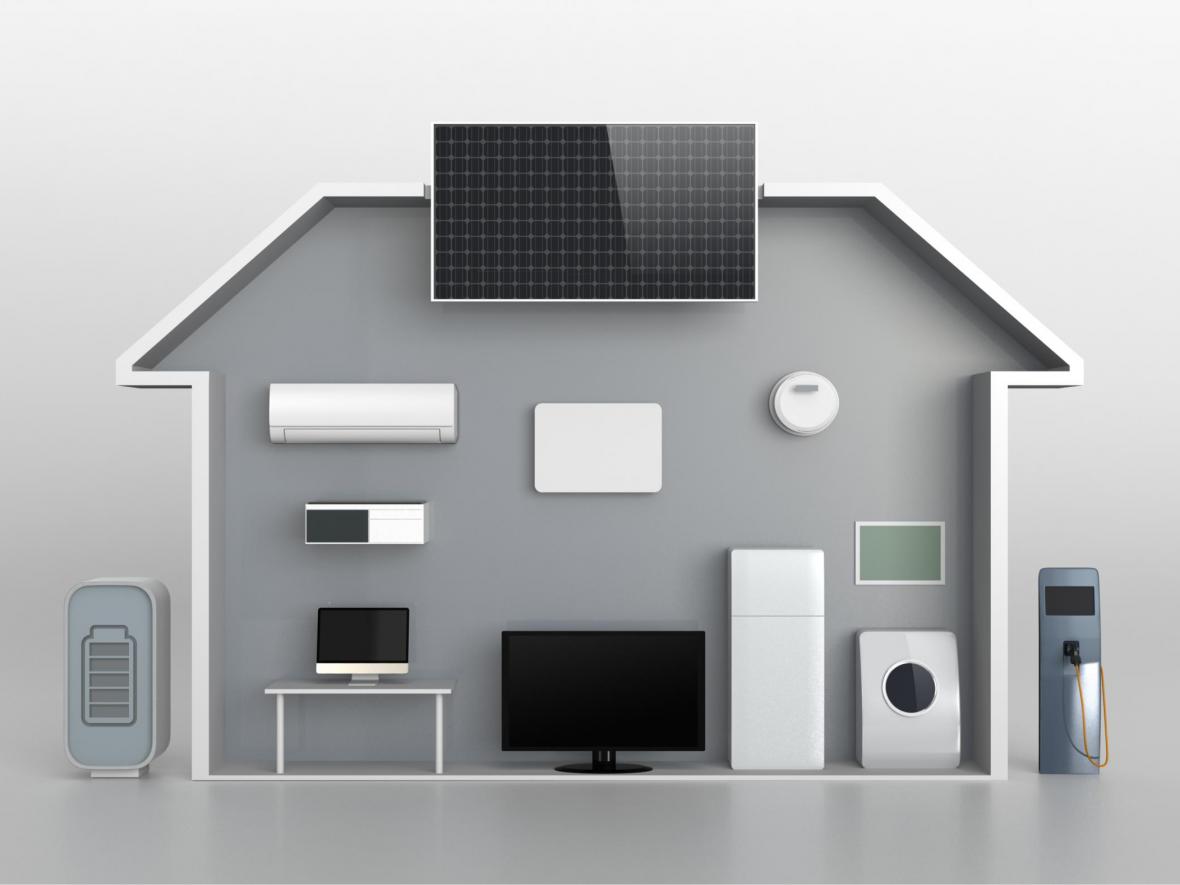 Take control of your energy

Get a free quote for a solar plus battery storage system

There’s plenty of solar power to go around here in Arizona, where the sun shines almost every day of the year, and homeowners and businesses throughout the state are capturing it with solar panels. But it doesn’t matter how much extra energy your solar panels can produce if you don’t have a way to store it.

With a solar battery, you can capitalize on all that extra energy by storing it for later use. And while it’s possible to add battery storage to an existing residential or commercial solar energy system, you’ll get much more out of your investment if you choose to combine solar plus battery storage from the start.

How Do Solar Batteries Work?

The diagram below depicts the different components of a solar with battery system and shows how they interact. 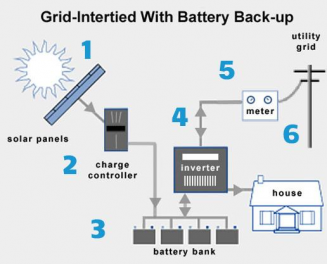 Solar panels, or solar modules, are usually installed on the roof. These solar panels are made up of photovoltaic (PV) cells, which convert sunlight into direct current (DC) power.

The charge controller diverts solar power to the solar battery backup or battery bank, which is usually installed in the garage or outside of the home. A charge controller is a voltage and/or current regulator that keeps the battery from overcharging. It regulates the voltage and current traveling from the solar panels to the battery. Most 12-volt panels put out about 16 to 20 volts, so if there is no regulation, the batteries will be damaged from overcharging. Most batteries need around 14 to 14.5 volts to charge fully.

AC power travels from the inverter to the electrical panel, often called a breaker box. This power is now ready to use in the home.

In a grid-tied solar energy system, the home maintains a connection to the electricity grid so that it can pull electricity from the grid if necessary, and so that solar energy produced from your system can be sent back to the grid if you participate in an incentive program like solar battery pilot.

Why Choose a Solar Plus Battery System?

It may increase your upfront costs, but the benefits of choosing a solar system with battery storage over a system without a storage solution are well worth it.

Solar batteries allow you to store the excess energy your solar panels produce during peak sunlight hours for use when the sun is not shining—at night or on a cloudy day. If you don’t have one, you’ll have to pull energy from the grid when your solar panels aren’t producing enough electricity. Electricity costs more at night or during peak demand periods, because the demand is higher, and pulling from the grid every night can get expensive fast.

With a solar battery in place, you won’t have to worry about pulling electricity from the grid during peak hours and can therefore maintain greater energy independence and reduced energy costs.

If you plan to take your system off-grid (cutting all ties with the electricity grid) for total energy independence, solar batteries are essential.

When the electricity grid goes down, all grid-tied solar energy systems go down with it. This is done to prevent damage to your solar panels and to protect utility workers while they repair power lines. If you have a solar battery in place, however, your home can pull energy from the battery during a blackout, so you won’t ever have to worry about the lights going out again. If you wait to install a solar battery, you risk having to deal with power outages in the interim or relying on fossil fuel portable or whole-home generators.

The benefits of solar energy go beyond the individual users— they have a positive impact on the whole country and the world at large. Because of this, state and federal governments offer incentives to homeowners and businesses that install solar panels, and if your system includes a solar battery, you may stand to save across the whole upfront cost of your system.

Another excellent incentive that’s available to Arizona residents is the ASP Solar Battery Pilot Program, which helps homeowners manage the higher cost of including battery storage with their solar panel installation. The program offers up to $2,500 towards the installation of a solar battery as well as an increased incentive of $500 per kilowatt-hour. By having a solar battery installed at the get-go, you can start benefiting from the solar battery pilot program right away.

At Energy Solution Providers, we install custom solar plus battery storage systems that are designed to meet your family or business’s energy needs. We have more than 19 years of experience in the solar industry and can help you choose the right solar panels and solar battery for your residential or commercial property. Talk to us about your solar energy storage options today!

Interested in a solar plus battery backup system for your home or business? Call 520-868-0700 or contact us here to get a free quote!